Serving God and the community

Although we are unable to meet in our usual way at this time we still wish to remember those who made the ultimate sacrifice on our behalf.

On the Church noticeboard is a poster of a single poppy with the simple message :- 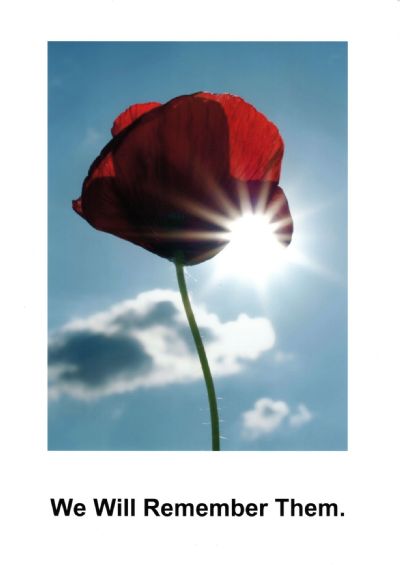 As it's Remembrance Sunday this weekend and we can't all be together to hear read out the names of the former members of our church who made the ultimate sacrifice in the two world wars, Helen thought you might like to have them included here so that you could read them.